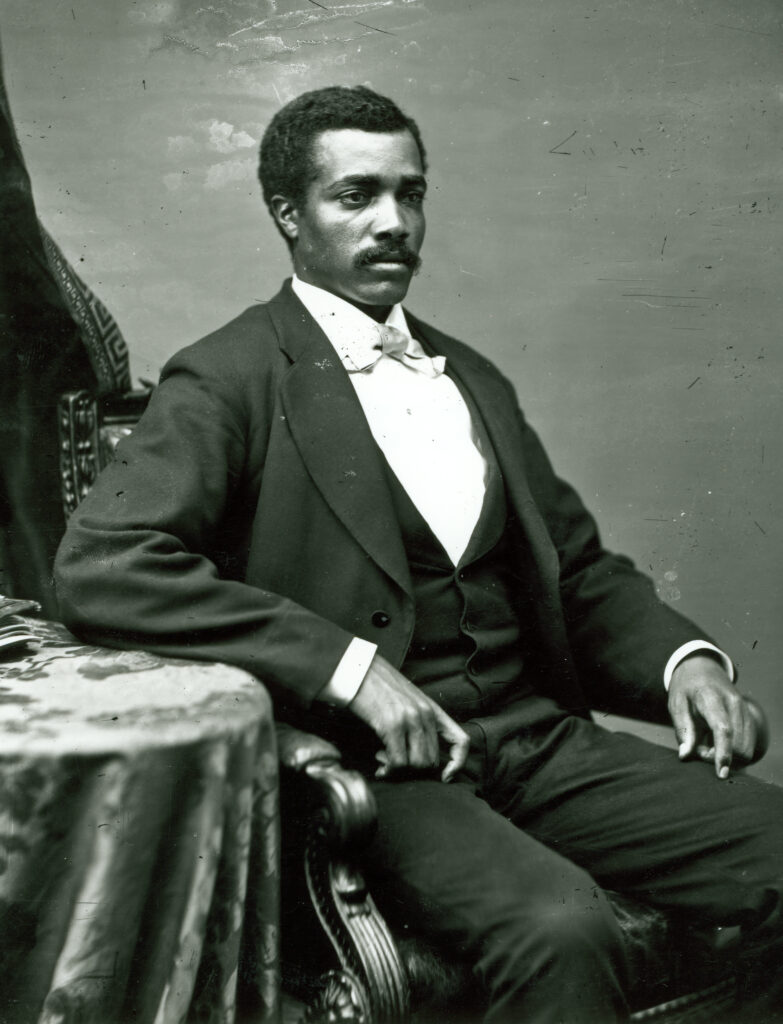 Josiah T. Walls, Interim Chair for the 1871 Southern States Convention of Colored Men and Florida delegate, was born on December 30, 1842 in slavery in Virginia. He was forced to labor for the Confederate army but was later captured by the Union Army in 1862 [1]. He voluntarily joined the United States Colored Troops in 1863 and settled in Alachua County, Florida. Walls quickly ascended into a political career which made lasting impacts on the state of Florida. He served as a delegate to the 1868 state constitutional convention and was later elected to the Florida House of Representatives. He was then elected as State Senator for the Alachua and Levy County district from 1869 until 1870. The following year he was elected as a member of the U.S. House of Representatives for the at-large district. He ultimately returned to state politics in 1876 [2].

While his political career ended in 1880, his investment in Black collective politics did not. He served as a Florida delegate in the Colored Conventions during and after his time as a politician. He was one of the nominees for Vice-President of the 1871 Southern States Convention of Colored Men and a member of the Committee on Organization, Committee on Outrages, and Committee on Address to the American People which demonstrated his skills as a politician, orator, and organizer. He introduced several resolutions during this convention, many of which involved education and civil rights issues [3]. Walls also served on the Committee on Platform at the 1884 State Conference of the Colored Men of Florida and was recommended to serve on the State Executive Committee [4].

Although still involved in the Colored Conventions, Walls did not pursue politics in his later years. He ran a farm in Alachua County until the freeze of 1894. Finally, he became the Farm Director at State Normal and Industrial College for Colored Students, the predecessor to Florida A&M University. He continued this position until his death on May 5, 1905 [5]. 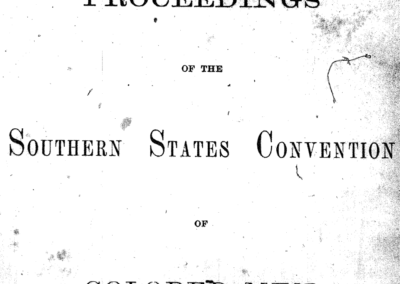 Walls attended the Southern States Convention of Colored Men in Columbia, South Carolina, from October 18-25, 1871. Walls served in many different capacities at convention. 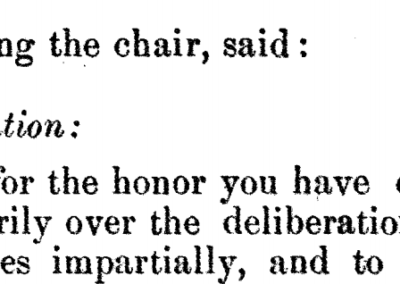 Walls as Chair of the Convention, 1871 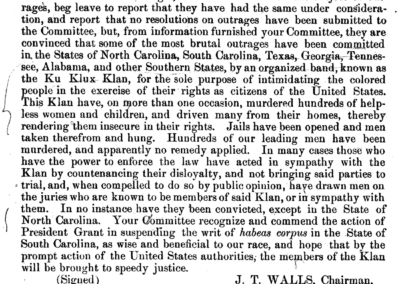 The Committee on Outrages’s Report

The Reconstruction period was riddled with white terrorist violence. The Ku Klux Klan served as the Democratic Party’s paramilitary wing, tasked with undoing the post-war gains of African Americans. A fixture of many Reconstruction and postbellum conventions were the “Committee(s) on Outrages in the South” to pointedly call out groups of perpetrators. In this iteration, Walls chaired this committee. 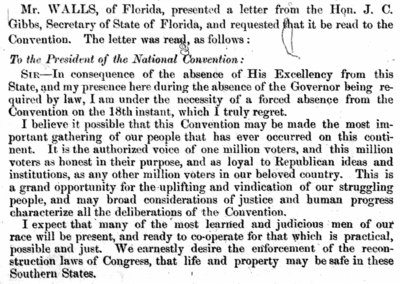 In light of Secretary of State of Florida Jonathan Clarkson Gibbs’s absence, Walls presented Gibbs’s speech on his behalf at the 1871 convention. 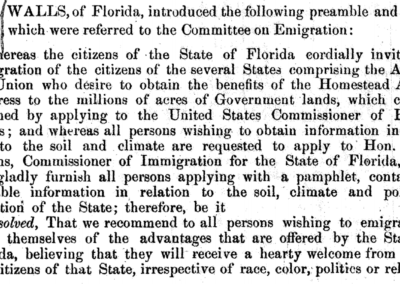 At the 1871 convention, Walls encouraged persons of color to take advantage of the Homestead Act. Signed by Lincoln in 1862, the act granted citizens parcels of public land (up to 160 acres) for a small fee under the condition that live and till and cultivate it. The law did not exclude African Americans as claimants, however, racist and discriminatory agents and practices prevented them from taking full advantage of the Act. 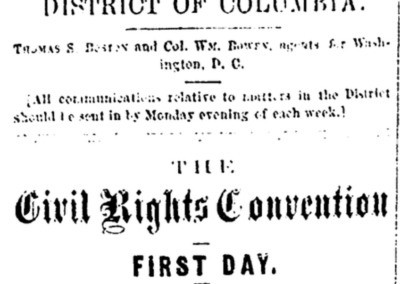 While still a U.S. Congressman in 1873, Walls attended the National Civil Rights Convention in Washington, D.C. He served on the Committee on Permanent Organization. The convention urged Congress to pass the Enforcement Act, drafted by Charles Sumner with the crucial help of John Mercer Langston. The Enforcement Act or the Civil Rights Act of 1875 was passed five years after it was proposed to the Senate in 1870. 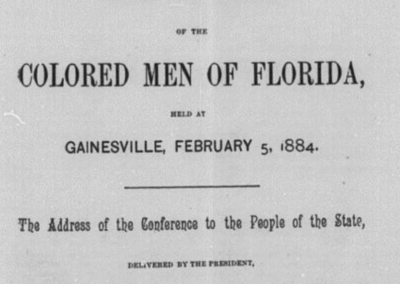 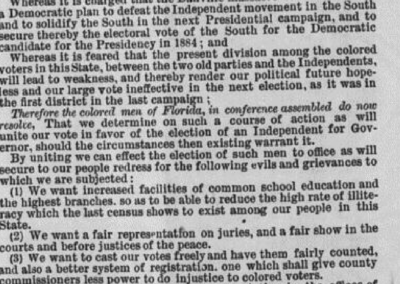 At the convention, Walls also served as a member of the Committee of Platform. In light of the success of the Readjuster Party and the Republican Party’s dwindling support for Black rights, many Black southerners looked to independent parties. Walls’s committee’s resolutions reflect how Black southerners navigated the political arena and sought alliances outside of the Republican Party.