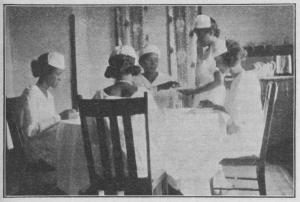 A lesson in table service, Florida Agricultural and Mechanical College 1923

Florida Agricultural & Mechanical University was founded on October 3, 1887. It is currently the fifth largest HBCU in the country.

Thomas V. R. Gibbs, son of frequent convention delegate goer Jonathan Gibbs, worked along his father to introduce a legislation (House Bill No. 101) that would create the State Normal College for Colored Students in 1885, one year after the 1884 Florida Convention. They acted on the heels of the Florida Constitution of 1885 which doubled down on racial domination by prohibiting school integration. Thomas V. R. Gibbs, along with six other Black delegates, attended that Constitutional Convention. He included data which showed that the ratio of white schools to Black schools was about 3:1 and that the increasing Black school population demonstrated there was a pressing need for better facilities and teacher-training [1].

As a member of the House of Representatives representing Duval County, Thomas Gibbs wanted the Normal College to be established in Jacksonville, the seat of Duval County, and a hub of Black economic and political power and culture. However, the members of the House chose Tallahassee.

In 1905, the Florida legislature passed an act that transferred the control of the school to the state’s Board of Education. The same act created two universities in the state, the University of Florida (UF) and Florida State University (FSU), both of which denied Black Floridians’ admission until the 1960s [2]. To this day, FAMU remains the only publicly funded HBCU in the state of Florida.

Considering the activism of Black delegates from the 1884 Florida Colored Convention enriches our understanding of Florida A&M University’s founding. The Convention met prior to the Constitutional Convention; and Thomas V. R. Gibbs attended them both. Accounting for Black organizing efforts that anticipated the state constitutional convention shifts sole focus away from the Florida legislatures to show how Black collectives maneuvered in the face of segregation and white supremacy. Highlighting Black convention activism also challenges narratives about a singular person. Thomas V. R. Gibbs acted in concert with Black organizers of his era. He was also influenced by his father, who though he had passed in 1874, passed on the experiences and expertise he had gained in the many conventions he attended to his son, who with others, continued that tradition.

Click on the tabs below to read more about the history of FAMU.

The House debated the location of the State Normal College for Colored Students. Proposing that the college be established in Jacksonville was one of Thomas Gibbs’s last work in the legislature. He lost his seat in the same year.

Under the Morrill Act of 1891, the college became a land-grant college, a higher education college that received federal funding and focused on science, agriculture, and engineering—fields of study that aligned with the needs and demands of the Industrial Revolution.

Under the Buckman Act, the School came under control of the state’s Board of Education.

The name of the college was changed to Florida Agricultural and Mechanical College for Negroes. It also received the least amount of state funding in 1909. 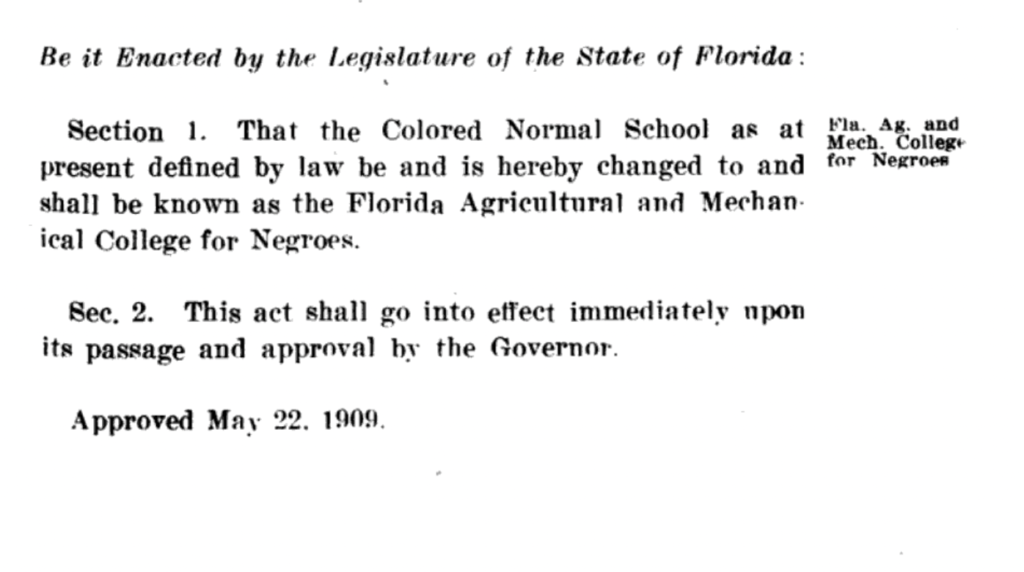 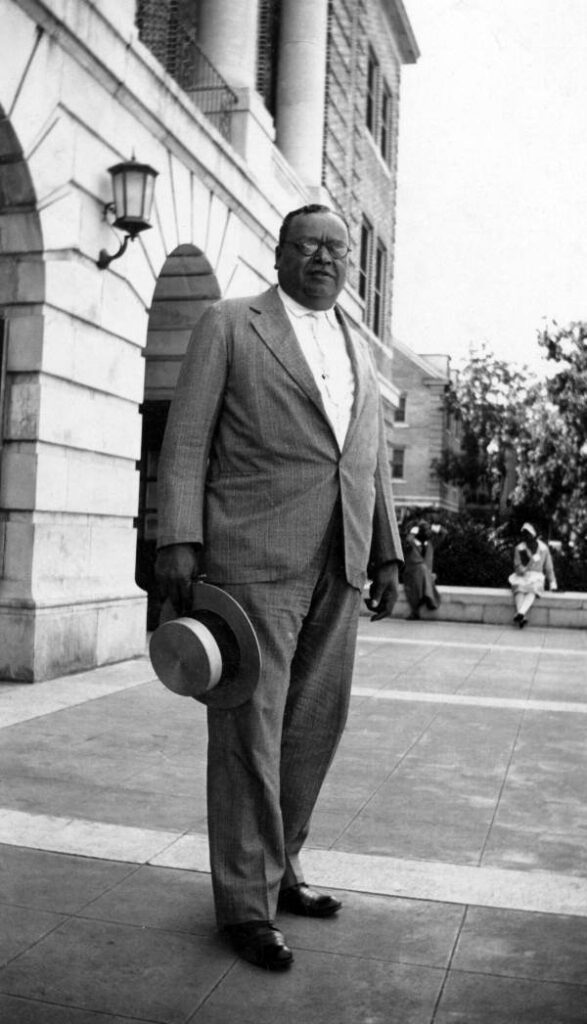 The college was renamed Florida Agricultural and Mechanical University.