THE COLORED CONVENTIONS AND THE CARCERAL STATES

This section explores how the Consultation Convention of 350 leading Colored Men of Georgia, held in Macon, Georgia, January 25th and 26th, 1888, confronted the horrors and injustices of Georgia’s prison system.

“The penitentiary system of Georgia is the most cruel in the country. ”

In 1888, Black leaders from all over Georgia met to discuss the recent racist legislations that severely limited African Americans’ access to public education. Among the delegates was Anthony Wilson who had been elected in 1882 to the state legislature and later removed by white Democrats. Another pressing matter was discussed at the convention:

The present chain-gang and penitentiary system Georgia, simply barbarous, and yet no past legislature has removed this foul blot. Every attempt improvement has failed, and as matter fact; the helpless convicts of the state are being made the subjects cruelty far beyond the limit authorized by the statutes, even providing for the enforcement the most rigid discipline [1].

Delegates at the convention formed a Committee on Penitentiary. Wilson chaired the committee and gave an address condemning Georgia’s penitentiaries and the convict lease system:

The penitentiary system of Georgia is the most cruel in the country. The abuses are greater than anywhere else. Notwithstanding the agitation of years, the system has not been changed. A convict is sentenced to hard labor, but he is fed hard, clothed hard, and treated harder, and does not dare exhibit to the world the inside workings of the atrocious system. Going out to a convict camp unexpectedly, we had an opportunity of seeing what it really was. Although the law requires dry bedding, change of clothes and a weekly bath, all of these are denied them, and some of the convicts, having the courage to speak up, and tell us their condition, were beaten so bad that they were unable to work, and the doctor going out to see them found their back so badly blistered that the flesh was dropping from their backs. Such is the inward workings of the penitentiary of Georgia. Can Georgia stand it longer? May every voter in Georgia see to it that they cast their votes only for men that will consider the better treatment of those poor unfortunate beings. Georgia is disgraced by the management of such a system [2].

A CALL FOR ABOLITION 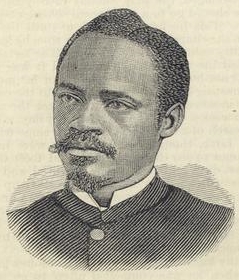 He declared that he never had known the barbarities and cruelties practiced upon the convicts of the state. His very blood boiled within him. The Negro of Georgia must pout his foot down upon this penitentiary system of our state, and never rest until it is rooted up with a crowbar. The penitentiary system is doomed to-night, and doomed to die. After hearing the words of this eye-witness, he felt as he had never before [3].

We must not vote for any man who will not pledge himself to do everything in his power to remove this monstrous evil and foul blot from our State [4]. 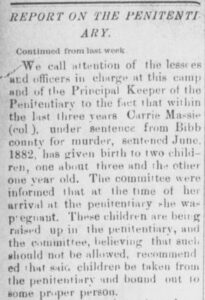 Delegates at the convention condemned the inhumane treatment of women and children, who, as they noted, were left vulnerable “with the most hardened male criminals ” [5]. As the committee on penitentiary reported, guards raped women repeatedly, “leading her to giving birth in many instances, to illegitimate children, as in the case of Carrie Williams, of Bibb county”[6]. The committee laid bare the horrific realities of incarcerated men, women, and children.

Details about Carrie Williams are scarce. More likely, the delegates or the minutes might have misnamed her and were actually referring to Carrie Massey, also from Bibb County. Records show that Massey was only 16 years old when she was incarcerated in 1882 [7]. In 1887, the Savannah Tribune ran an article on Massey (see left). While held captive by the state, Massey was forced to give birth in prison multiple times [8].

The many outrages committed by guards against Black women caught the attention of reformers. While white reformers’ discourse around the rape of Black women were heavily tinted with fears about intermixing, to Black activists, the rapes themselves and treatment of Black infants and children were the inhumane and deplorable acts.

A month after the convention, the Savannah Tribune ran correspondences by convention delegate Anthony Wilson. Wilson scathingly castigated Georgia’s penitentiary system and the state government, which, as he asserts, hides behind legal codes and “commits a crime against God and man” [9].

Wilson also recounts the stark difference between how white women and Black women were treated. The latter, he writes, were left vulnerable to guards and imprisoned men alike, while a white woman was locked up in a different cell by herself protected from “vicious and immoral men” [10]. 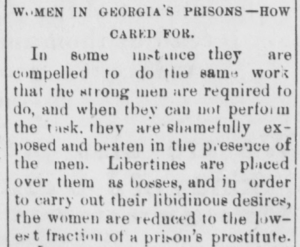 The founder and editor of the Savannah Tribune was convention delegate John Deveaux. Throughout its active years, the Tribune exposed the horrors of Georgia’s prison system, called for radical reform, and condemned the state for holding Black persons as captives of a corrupt and immoral system.

Read the Savannah Tribune’s articles below: 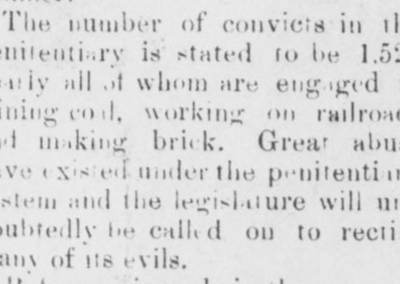 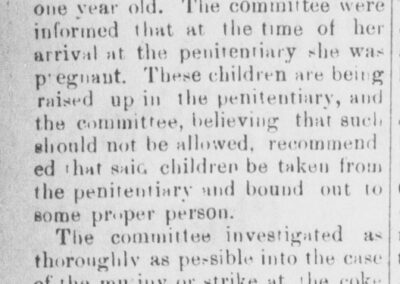 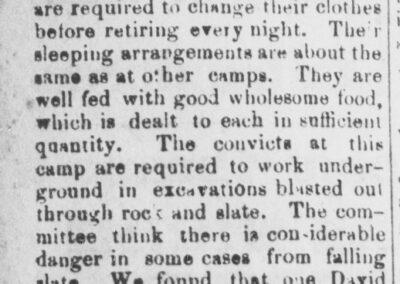 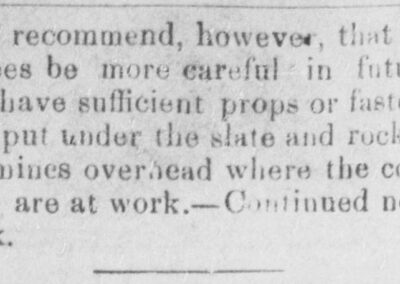 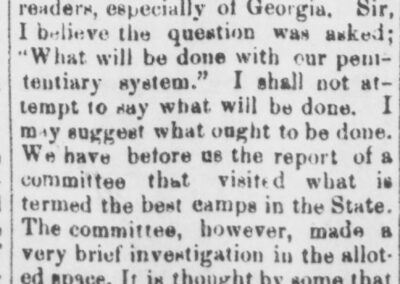 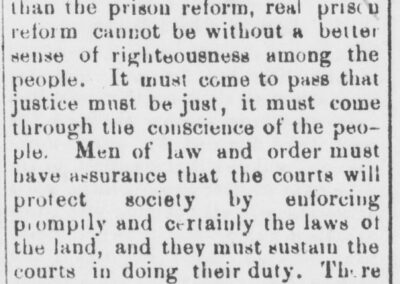 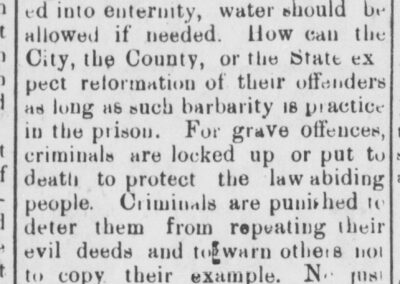 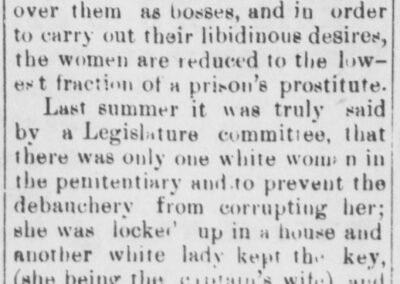 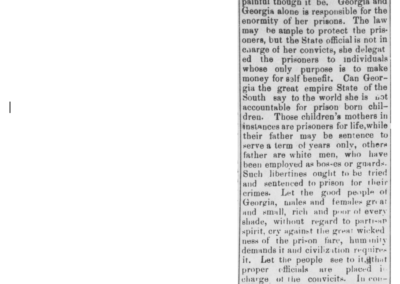