1847 National Convention of Colored People and Their Friends Held in Troy, New York

The 1847 National Convention of Colored People and Their Friends was held October 6-9, 1847 in Troy, New York. Key issues debated at this convention included establishing a national press, Blacks’ migration to create a utopian settlement in upstate New York, and certain educational mandates like establishing “Colored Colleges.” Considering Douglass’ role at the convention, his status as a leading intellectual, highly respected among his African American peers in the Colored Conventions movement, is evident by the due influence he had on issues debated. His move to Rochester, New York by November 1847 thus is foundational for successive stages of his career. That Douglass could command higher compensation for his speaking engagements as a public lecturer, he delivered bolder pronouncements against slavery with the support of key allies, was covered broadly in the American press, and his first newspaper, The North Star, was founded shortly after the 1847 convention signals Douglass becoming a powerful force in American politics and culture.

On the third day of the convention, Douglass spoke at Morris Hall. The program began with the singing of “The Fugitive,” an ironic tribute to Douglass on his return to the U.S. Henry Highland Garnett also delivered “an eloquent and impressive address to the Slaves of the United States,” followed by Amos G. Beman, Douglass, and Alexander Crummell. While the minutes do not record compliments to Douglass’ speech, given the success of his European tour, his appearance on the program ranks him among the most distinguished black activist-intellectuals of the antebellum era. 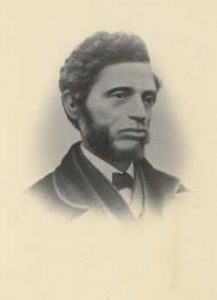 The roster of delegates list names of several individuals with ties to Frederick Douglass. Nathan Johnson, the man who had opened his home to the young fugitive and his wife just years before, presided over the convention. Johnson was also responsible for even suggesting to then “Frederick Johnson” to choose a more distinguished name of “Douglass” instead. The roster also lists that New York had the largest delegation (47), which included Henry Highland Garnet, James McCune Smith, Stephen Myers, and Alexander Crummell. Douglass was listed among the delegates from Massachusetts (14), along with William C. Nell and William W. Brown. With only two delegates, Connecticut was well represented by the Rev. James W.C. Pennington and Amos G. Beman; both were close associates of Douglass. Several states only had one delegate: Pennsylvania, Vermont, Michigan, New Hampshire, New Jersey , and Kentucky.

Key votes were cast to adopt resolutions in which Douglass favored. On “Universal Freedom,” the delegates debated “the best means of abolishing Slavery and Caste in the United States.” It was adopted with Douglass leading the committee appointed for further deliberation of this resolution. On the establishment of a national black press, however, Douglass was ambivalent. He was “in favor of a Press, but a National Press he was satisfied could not well be sustained. A Paper started as a National organ, would soon dwindle down to be the organ of a clique; it would in his opinion require a creed for the government of the Editor, in order to sustain a National Press. He was in favor of sustaining the “Ram’s Horn, National Watchman, and Northern Star” (Minutes 7-8). James McCune Smith fully supported a national press: “papers speaking forth our sentiments, making known the wrongs we suffer, and demanding the rights due to manhood could then be issued by thousands, where now there is none” (Minutes 8). The debate continued on to the next day when a vote was finally called: “Yeas” (27) versus “Nays” (9). Douglass disagreed with the report on establishing a national press, but his vote is not recorded. Months later, William C. Nell would write an extensive report of the convention for Douglass’ The North Star. 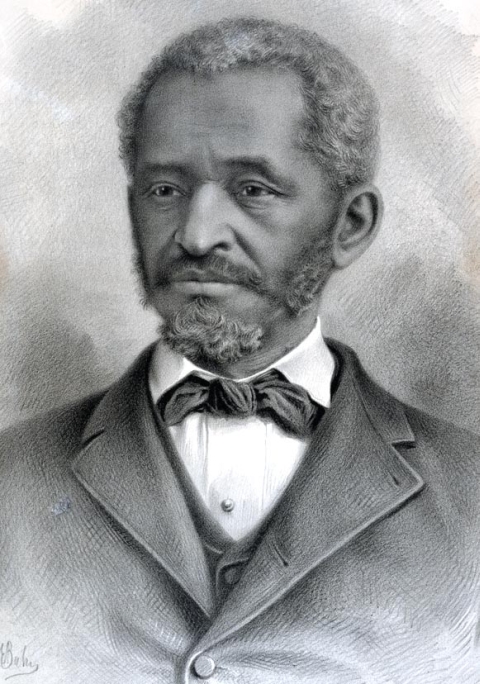 A fugitive slave for Kentucky, Lewis Hayden (1811-1889) was the lone delegate from Detroit, Michigan at the 1847 convention in Troy. He had escaped in 1844 to Canada then to Detroit. Hayden would later move to New Bedford, Massachusetts into the same thriving black community just as Frederick Douglass had done in 1838. Hayden, along with his wife Harriet and young son, would eventually establish a home in Boston as a safe haven for escaping slaves. The most famous fugitives aided by the Haydens were William and Ellen Craft who escaped from a plantation in Georgia in 1848 disguised as a convalescent white slaveholder (Ellen, who was very light-skinned) aided by “his” slave servant (William, with a darker complexion). At the 1847 convention Hayden was a key ally for Douglass. They cast the same votes on issues ranging from the adoption of the National Press (“nay”) to the creation of “colored academies” (“nay”) or the decision for future convention locations (Cleveland, lost it with few “yeas”).

*To read the minutes of the 1847 National Convention of Colored People and Their Friends , visit the Colored Convention’s archive at: https://omeka.coloredconventions.org/items/show/279.