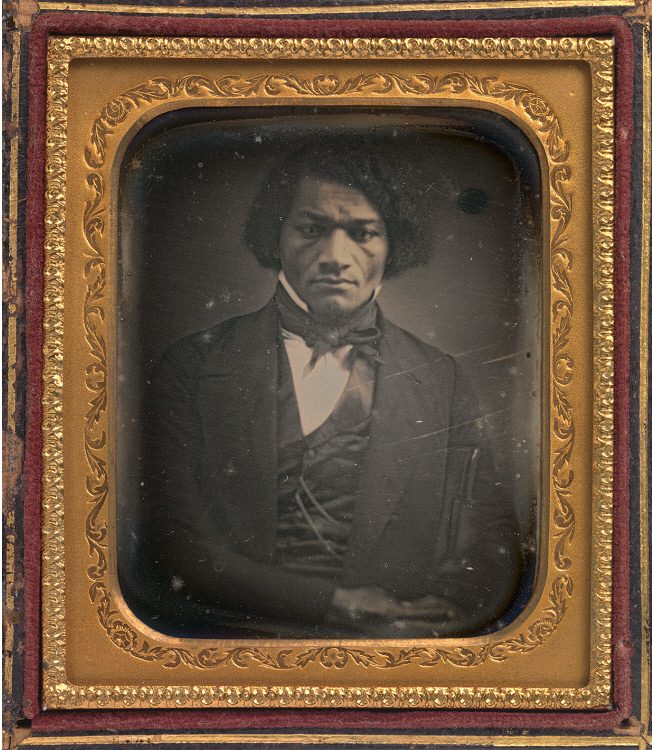 “I believe the slaves would be more than a match for their enslavers, if left to themselves. LET THE UNION THEN BE DISSOLVED. I wish to see it dissolved at once. It is the union of the white people of this country, who can be summoned in their whole military power to crush the slave, that perpetuates Slavery. Dissolve the Union, and they will raise aloft their unfettered arms, and demand freedom, and, if resisted, would hew their way to Liberty, despite the pale and puny opposition of their oppressors. In view of the opposition of this union, I welcome the bolt, whether from the North or the South, from Heaven or from Hell, which shall shiver this Union in pieces.”

Following his return from Europe as a free man in 1847, Frederick Douglass became even more outspoken against the institution of slavery. Douglass’s level of political engagement increased when he entered charged conversations in his newspaper, The North Star, which was first published on December 3, 1847 from the Talman Building in Rochester, New York. Douglass’s approval of political action against the institution of slavery differed from William Lloyd Garrison’s approach, and the mid-century Douglass possessed a distinctive voice apart from his one-time mentor. His more radical persona was on full display at the 1850 Fugitive Slave Law Convention in Cazenovia, New York while presiding over an interracial group of activists determined to dismantle the ruling law of the land.