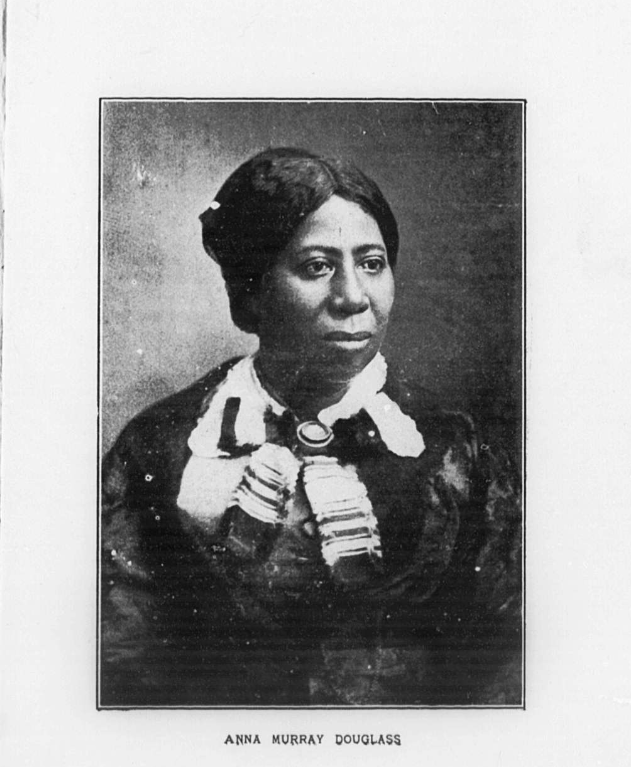 Sprague, Rosetta Douglass. Anna Murray Douglass, My Mother As I Recall Her, by Rosetta Douglass Sprague. 1900. Manuscript/Mixed Material. Retrieved from the Library of Congress, .

For three years, Frederick Douglass led a relatively quiet life in New Bedford, Massachusetts working as a common laborer to support his growing family. He had married Anna Murray, a free Black woman from Maryland, in 1838 soon after his escape from slavery. Anna, an industrious mate, had two children (Rosetta and Lewis Henry) with Douglass during this time. This was the incubation period for the fugitive that would become a leading Black activist-intellectual. New Bedford was a protective community for any fugitive, not bounded by restrictions of racism but instead it would foster individual growth for Douglass. With the pride of providing financial security for his family, Douglass was eager to experience freedom not just as an abstract concept but also in living fully within a Black public culture. As Martha S. Jones defines it, all the “interrelatedness of various sites of African American life”—homes, churches, political organizations, schools, and civic groups—would form a web of associations for black activists. Moreover, beyond the institutional frameworks, for these African Americans, “public culture encompassed a realm of ideas, a community of interpretation, and a collective understanding of the issues of the day” (Jones 4-5). 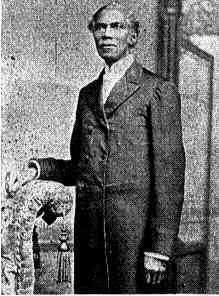 Hence, when Douglass first witnessed African Americans’ civic engagement, it left an indelible impression on him: “I was now living in a new world, and was wide awake to its advantages. I early began to attend the meetings of the colored people of New Bedford, and to take part in them. I was somewhat amazed to see colored men drawing up resolutions and offering them for consideration” (My Bondage, My Freedom 112). Douglass would come to experience this type of cultural exchanges as a means to incite political action during the Colored Conventions movement. Black leaders like Amos N. Freeman (1808-1892) and Stephen Myers (1800-1870), therefore, would have been ideal role models for a younger Douglass. He would have been twenty-three years old when Freeman served as the President of the 1841 Maine State Convention of Colored Citizens.

Freeman was a prominent abolitionist on the Underground Railroad, along with his wife Christina Taylor Williams (1812-1909), using both their home and his church as safe havens. Locating Black women as activists in the Colored Conventions movement is traceable often to such political partnerships. Freeman pastored at the Absyssian Congregational Church in Portland, Maine before moving to New York where he would lead several other churches. Although Freeman and Douglass had no clear interactions around the time of the Portland convention, the two would collaborate later in 1853 during the National Convention of the Free People of Color held in Rochester, New York. They both were appointed to a five-member committee to draft a “Declaration of Sentiments” address, entitled “The Claims of Our Common Cause,” for that convention. 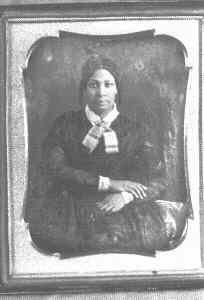 Wife of Amos Freemam. Christiana Taylor Williams Freeman was an activist-partner in the abolitionist movement.

*Caption reads: “Stephen Meyers (sic), of Albany, N.Y, who was associated with Frederick Douglass and John Brown in conducting the “Underground Railroad.” Original photograph published in The Autobiography of Dr. William Henry Johnson, Respectfully dedicated to his Adopted Home, the Capital City of the Empire State (Albany: The Argus Company, 1900), p. 202.

Stephen Myers was another officer at the 1841 Maine State Convention who would develop a close relationship with Douglass. Myers served as one of the vice presidents of this convention, and he published two abolitionist newspapers, The Northern Star and Freeman’s Advocate, prior to Douglass’ journalism years later. The two men would collaborate at the1847 National Convention of Colored People and Their Friends held October 6th-9th, 1847 in Troy, New York. And, in Douglass’ absence at the 1851 New York State Convention of Colored People held in Albany on July 22nd-24th, Myers played a leading role in adopting resolutions for delegates, on the nominating committee for convention officers, by serving on the Finance, Business and Public School committees, and in his advocacy for temperance. Minutes of the 1851 convention also records Myers having “native talents” by delivering “thrilling, forcible, and eloquent speeches.” In Albany, New York, Myers was perhaps the most active “conductor” of the Underground Railroad, along with his wife Harriet, opening their home to hundreds of fugitive slaves. At his death, Myers was remembered in his obituary as doing “more for his people than any other colored man living, not excepting Fred. Dougalss” [sic].