On July 17, 1855, forty African American men issued a call for a New York state convention that would be held by fall in Troy. One name falls near the end of the list of the roster though it bears the weight of command, Frederick Douglass. Among the other signers, we also find several of his close associates including Dr. James McCune Smith, Rev. J.W. Pennington, Rev. J.W. Loguen, Stephen Myers, and William J. Watkins. Published in The Frederick Douglass’ Paper, the announcement declares that the Black citizens will not “rest till every legal and political disability with all its depressing and degrading tendencies, shall be swept from the Empire State.” Later, delegates at the convention passed a series of patriotic resolutions to send a collective grievance on behalf of all Black citizens to the state’s legislature. Given the force of such decrees, Douglass’ central role at the convention is also indicative of his uncompromising political stature at large by the 1850s.

Unlike other Colored Conventions profiled in this exhibit, there is no an official roster of delegates and convention officers provided in the proceedings. However, the following individuals are listed as representatives of different areas from throughout state:

This gathering at Troy precedes the Colored National Convention held in Philadelphia the following month on October 16-18, 1855. Yet, it is at the state level where we witness Black power coalesced for political action with Douglass leading the charge for equal rights of citizenship for all African Americans. 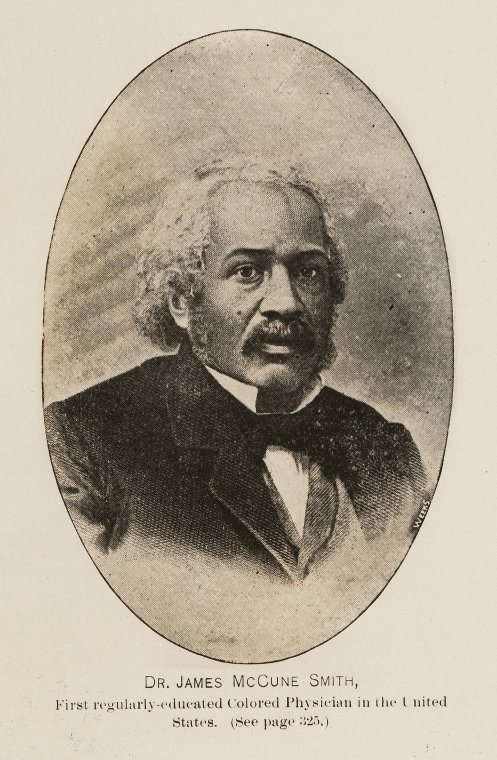 It is not surprising to find James McCune Smith serving alongside Douglass at the 1855 convention in Troy. A noted physician and abolitionist, Smith (1813-1865) was perhaps Frederick Douglass’ closest friend and mentor. They met in the 1840s in the conventions movements for abolition and civil rights. Smith studied and wrote extensively about politics, moral philosophy, the natural sciences, world history, and literature (Blight 254-257). He pledged his support of the younger freedom fighter as Douglass initially appeared in the public as a fierce provocateur with his journalism, and, later, Smith often wrote as a field correspondent for The Frederick Douglass Paper. The two men also would collaborate on plans to create a Manual Labor College for African Americans and they worked to form the National Council of Colored People by 1853. Smith served as the council’s president with Douglass in the ranks as ardent fundraiser and eloquent lecturer working together to achieve their progressive objectives. Douglass and Smith both broke from Garrisonian’ moral suasion tacks to join forces with Gerrit Smith by the 1850s. As chair of the inaugural Radical Abolitionists convention (on June 26, 1855), Smith, like Douglass at the 1850 Cazenovia convention presiding over an interracial gathering, became one of the first African American men to achieve such prominence (Stauffer 10).

*To read the minutes of the 1855 New York State Convention of Colored Men, visit the Colored Convention’s archive at: https://omeka.coloredconventions.org/items/show/238.