Several state conventions were held in 1851: New York, Ohio, Pennsylvania, and Indiana. There was also the North American Convention in Toronto, Canada. With organized resistance leading to political action, it is evident that African Americans were addressing social problems increasingly on all levels. At Albany, thus, the call was urgent: “The paramount object of this Convention is, to assemble the disenfranchised and aggrieved portion of the people of the State of New-York, to deliberate upon, and propose, then and there, the course to be pursued in the future and onward prosecution of our interests and rights” (Convention Minutes 3). The gathering of thirty-two delegates (with others not represented in the minutes) convened July 22nd-24th, 1851 in Albany for the New York State Convention of Colored People. Resolutions were passed—against anti-colonization and the Fugitive Slave Act, but advocating suffrage—that Douglass undoubtedly would have supported, if he had attended the Albany convention. 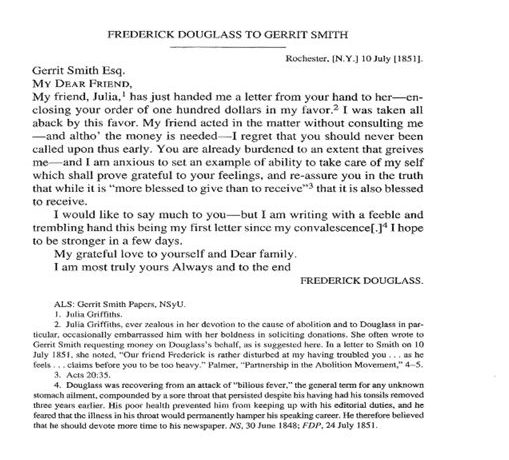 Douglass spent weeks recovering at his home on Alexander Street. It was perhaps the first time in years that Anna and the children were privy to his company without interruptions of a lecturing tour. However, Douglass’ physical and mental health was compounded by the financial worries. He constantly struggled to keep his paper afloat while trying to support a full house that by 1849 included two boarders, Julia Griffiths and her sister Eliza. The two women though came to Douglass’ aid by securing the mortgage. Gerrit Smith was also a constant, generous benefactor for the newspaper (Blight 207).

The Griffiths sisters’ extended stay at Douglass’ home would become fodder for scandal. Behind closed doors, tension among Anna and her husband’s guests went undocumented other than the occasional slight towards his wife’s disposition as managing head of household (Blight 211). For antebellum America, the interracial living arrangements caused more concern, inspiring rumors of an intimate relationship between Douglass and Julia. And, for the moment, Douglass’ domestic affairs distracted from his larger-than-life persona given the increasing scrutiny of public surveillance of his private self.

Where Is Frederick Douglass?!

A series of correspondences document Douglass’s extended illness (Blight 209-210). On July 10, 1851 Douglass wrote a letter to Gerrit Smith which detailed that he had been physically unwell in the months leading up to the 1851 colored convention in Albany. While the letter’s subject revolves around a donation received by Julia Griffiths from Gerrit Smith, the letter is more notable for its references to Douglass’s health. Douglass conveys that he is “writing with a feeble and trembling hand this being [his] first letter since [his] convalescence.” The letter’s footnotes reveal he had been suffering for months from an unknown sickness. This crippling illness led to there being almost no records of him giving speeches between April and November of 1851. Fearing the sickness would damage his voice, Douglass focused much of effort on his newspaper, and greatly reduced the number of public appearances and speeches he gave during this time. 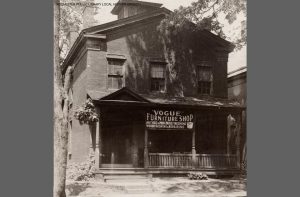 With Albany represented by the most delegates (19 total), Stephen Myers’ leadership is evident in the convention’s proceedings. He was vocal in the deliberations about resolutions for appointing delegates, served on the nominating committee for convention officers, served on the Finance and Business as well as Public School Committees, and advocated passionately for temperance resolutions. Surprisingly, Amos G. Beman also attended this New York state convention as a delegate from New Haven, Connecticut?! That Beman was nominated (by Myers) to serve as vice-president of convention suggests Beman’s powerful presence in the region. He took an active role in proposing resolutions and led the call for the forming of committees on education, voting, and response to the Fugitive Slave Act of 1850. Beman served on the education committee, which debated free access to public education as required by law that would not discriminate against African Americans.

The recording of details are such for this convention that a blind delegate’s participation even is documented: “A recess of five minutes was granted, and by solicitation, Mr. [William] F. Johnson, of Ithaca, (who it may not be amiss to remark, is totally blind,) favored the Convention with a song, entitled the ‘Fugitive Slave’ ” (Convention Minutes, p.7). Johnson more than entertained the assembly but he also led heated debates about the passive language of the anti-colonization resolution and about the moralizing of a temperance resolution, which Johnson dismissed as distracting from the political focus of the convention. On this point, Myers held firm: “this remark aroused the native talents, and latent eloquence of S. Myers, in a speech of 15 minutes, detained the convention agreeably.” Myers, like Douglass, was a strong advocate for temperance as moral practice.

Suffrage, property ownership, and other citizenship rights dominated the convention’s deliberation, which brings to focus more the desperate conditions of northern free blacks rather than dwell on the abolition of slavery. Pressed by racial prejudice, the delegation resolved that the political climate had become increasing intolerable, “forcing upon us one of two alternatives — emigration or alienation” (Convention Minutes, p. 10). Therefore, they supported Gerritt Smith’s offer to provide land grants in upstate New York for the establishment of utopian communities that would bestow African Americans “respectability” in light of their persecutions. 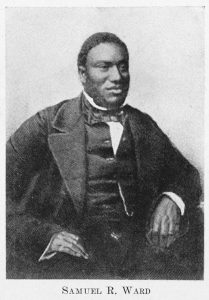 That Frederick Douglass is absent from such fervent deliberations is odd considering his political status by 1851. Undoubtedly, Myers and Beman are proxies given their stance on several issues. Douglass’ crusade about voting rights are echoed in the minutes; biased state laws granted voting privileges based on real estate property, which could explain Douglass’ recent acquisition of a house. In his absence, the Frederick Douglass Paper is endorsed as a leading publication “worthy of the patronage and important as auxiliaries in the attainment of the rights of the colored people, and of their moral improvement” (Convention Minutes, p.10). Only two other publications are duly noted: The Impartial Citizen, edited by Rev. Samuel Ringgold Ward, and The Telegraph, as edited by Stephen Myers.

Ward had moved his publication to Boston by 1851, but, undoubtedly, the delegation still acknowledged his contributions as a native New Yorker.  Starting in 1849, The Impartial Citizen was the first newspaper published in Syracuse.

*To read the minutes of the 1851 New York State Convention of Colored People, visit the Colored Convention’s archive at: https://omeka.coloredconventions.org/items/show/235.