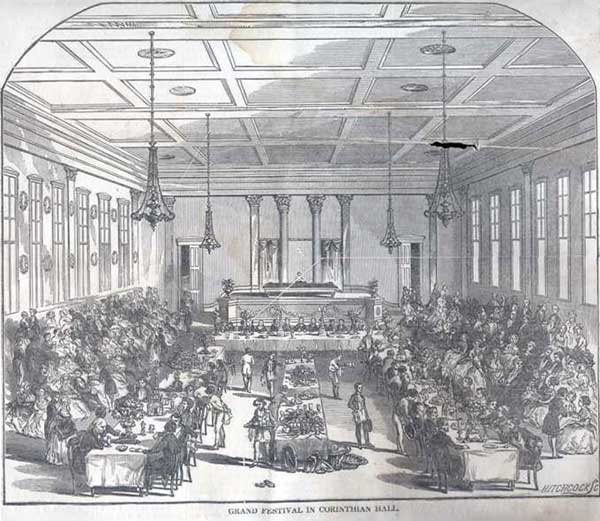 The Frederick Douglass Paper published the proceedings of the Rochester convention. It includes a list of grievances—against the Fugitive Slave Act, segregation in schools and public life, disenfranchisement, infringement of civil rights in the courts, etc.—as the purpose for the convention. Hence, patriotism was a central theme for the delegates adopting resolutions to affirm the rights of black citizenship. Douglass, serving as Chairman on the “Declaration of Sentiments” Committee, delivered a keynote address, proclaiming: “We are Americans, and as Americans, we would speak to Americans. We address you not as aliens nor as exiles, humbly asking to be permitted to dwell among you in peace; but we address you as American citizens asserting their rights on their own native soil.” (Minutes, p.8)

Rev. James W.C. Pennington (1809-1870). Former fugitive also from Maryland, who was a Presbyterian minister in New York and Connecticut.

The stakes were high for this national convention with increased tension on the rights of free blacks in the North especially. Most of the grievances indicate that the convention’s main goal was to galvanize political debates on a national level as African Americans continued to fight for basic human and civil rights. The status of free blacks was precarious indeed: “Both reason and feeling have assigned to us a place in the conflict now going on in our land between liberty and equality on the one hand, and slavery and caste on the other…” (Minutes, p.3). Timing for the convention was perfect for using patriotism as ideological warfare with the delegates affirming their commitment to “enforce anew the great principles and self-evident truths which were proclaimed at the beginning of the Republic” (Minutes, p4).
Most of the sentiments for the deliberations echo Frederick Douglass’ argument in “What to the Slaves is the Fourth of July?” (1852) speech. So, it is clear to see his powerful influence on the assembly. With renewed health and a more radical focus on black liberation, Douglass is aided by a venerable circle of black activist-intellectuals in his crusade. Most of those serving as convention officers—namely, Pennington, Beman, Nell, and Ray—have been fighting alongside Douglass for years, and had become close friends. Also, the broader delegation includes some of leading voices in a burgeoning civil rights movement by mid-century. Some of those who had issued the call for a national convention (including Douglass, 42 in total) are also featured in this exhibit:

Douglass at the Convention

As the Chairman of the Declaration of Sentiments Committee, Douglass delivers a powerful address on July 6th during the afternoon session of the 1853 convention in Rochester. It was exactly a year since Douglass had stood at same location in Corinthian Hall to speak on the same topic of (anti-)patriotism but to a much different audience of predominately African Americans rather than the white audience on the previous occasion. For his “What to the Slave is the Fourth of July?” (1852) speech, almost six-hundred people gathered to hear Douglass give a celebratory address that he used the occasion instead to declare as an ironic mockery of his status as a former fugitive and that of hundreds of other enslaved blacks. Therefore, his “Address to the Colored National Convention, to the People of the United States” is intentional in its direct, unapologetic appeal for justice and equality. He identifies as a native-born American, with inalienable rights on behalf of all other African Americans, enslaved or free. He proclaims the rights and privileges of full citizenship and lays clear the actions that would lead to securing them:

That Douglass is the chosen speaker on this occasion is not coincidental. Though presented as the official “report” on behalf of the entire committee (which included H. O. Wagoner, Rev. Amos N. Freeman, J. M. Whitfield, and George B. Vashon), Douglass’ constitutional rhetoric and passionate delivery makes this address another masterful display of his oratorical genius.

Frederick Douglass’ baritone voice also led the 1853 convention in a stirring song. During a motion to adjourn at one point, Douglass was quick to advance to the front of the hall and begin to sing “From All That Dwell Beneath the Skies” and was soon joined by the whole convention. This song is a known hymn that is used in many Christian churches and the version linked here is a Methodist version. This version was chosen because of the religious education that Douglass was exposed to growing up as a slave in Baltimore and considering his continued affiliations with the Zion Methodists for the rest of his life.

David Ruggles at the 1853 Convention in Rochester?! 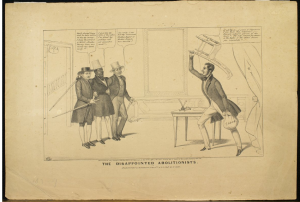 In 1810, David Ruggles was born free into an industrious black middle-class family living in Norwich, Connecticut. He later became revered as a journalist, businessman (having owned a grocery store and bookstore), and, mostly, a staunch black abolitionist. Ruggles led the New York Vigilance Committee, an organization that aided escaping fugitives by providing a safe haven, financial support, and other means of securing their freedom. Frederick Douglass was among the hundreds of fugitives that was fortunate to seek asylum with Ruggles when Douglass arrived in New York by September 1838. Douglass continually praised his mentor and dear friend for setting him off on a journey to become a freedom fighter. Ruggles was responsible also for introducing the then fugitive to the Rev. James W. C. Pennington, the man that would officiate the wedding between Douglass and Anna Murray. Given his visibility as an open target, David Ruggles was constantly assaulted for his activism and he died in 1849 as a result of his failing health and from the long term effects of sustaining injuries. Yet, his name appears in the 1853 minutes as a delegate at the Rochester convention, which calls into question the validity of the official proceedings and how they were recorded by the secretaries of the convention. It also gives more credence to the argument that perhaps black women were present and more active at the colored conventions even though their names usually were not listed.

*To read the minutes of the 1853 National Convention of Free People of Color, visit the Colored Convention’s archive at: https://omeka.coloredconventions.org/items/show/458