By 1855, Frederick Douglass had emerged as the most renowned Black activist-intellectual in the world. His calls for the abolition of slavery in the U.S. resonated internationally. And, Douglass had become a foremost authority on constitutional citizenship, which he understood as an ideal yet unrealized for the majority in the U.S. He was also perhaps the most recognizable public figure at the time with his image distributed widely throughout visual and print culture, everything from souvenir daguerreotypes to racist caricatures. That he would fight for the abolition of slavery and civil rights for all Black Americans as well as supporting women’s rights made Douglass an exceptional leader especially in the ranks of the Colored Conventions movement.

Securing Black suffrage was the central topic of debate at the 1855 convention in Troy. One resolution—as proposed by Douglass—called for the removal of property ownership restrictions for voting as a discriminatory law targeting Black citizens. Douglass also led the committee to create a constitution for a “Suffrage Society” that would become formerly the New York State Suffrage Association (NYSSA), to which he was later nominated as its president by the convention’s delegation. Other offices of the NYSSA included: 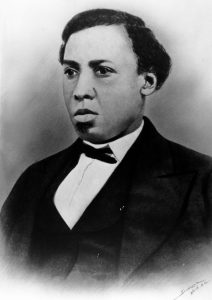 It is clear by the influence Douglass had on others at the convention that he had become the iconic leader of Black America. His newspaper was its voice and his most effective “weapon” to fight against slavery and racial inequality throughout the U.S. All who attended the convention at Troy seemed in agreement with his political views, from radical abolitionism to “none but free suffrage” for Black citizens.

Confident of Douglass’ leadership, Stephen Myers even advised the convention’s assembly to “recommend to the twenty-seventh Senatorial district to nominate Frederick Douglass of Rochester, for the office of State Senator, and the friends of freedom in the city of Rochester, and the Senatorial district give him their warm support, and his election is sure” (Minutes 91-92). Myers having been a leading activist for decades demonstrates just how much Douglass was embraced by his cohorts and perhaps even molded by the organizational leadership of the Colored Conventions. Douglass having been first introduced to grassroots agitation in local meetings in New Bedford, Massachusetts among the free Black community there, he had by 1855 become the most effective agent for social change, bringing the struggles of all African Americans to the attention of a divisive nation. The interracial coalitions he formed promoting temperance and radical abolition placed him in an intimate circle of activist friends. As a natural politician perhaps, Douglass understood the power of words to incite action, proposing resolutions for suffrage, educational equity, human rights, and social justice–all to participate in the democratic process on equal terms with White American. Thus, parallels of Douglass’ ascendency to power might easily be drawn to Barack Obama in the 21st century!

“Not a Women’s Rights Convention” 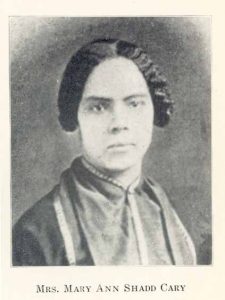 Historians point to the fissure of race and sex by the 1850s in political debates among African Americans about how best to achieve equality and full citizenship. Black male leadership in the conventions movement prioritized achieving racial justice as the necessary motive for political organizing. Any initiatives would therefore presumably benefit all African Americans regardless of gender. Evidence of Black women’s participation in the civil rights organizations, however, indicates that they were unfaltering in their efforts for equal representation in matters of race and rights nonetheless. Barbara Ann Steward, for example, was rejected as a delegate at the 1853 and 1855 conventions though she was duly qualified for the role as an educator and antislavery lecturer as also backed by Frederick Douglass and Rev. Jermain Loguen. Several of their male cohorts objected to Steward’s presence at the Troy convention “on the ground that this is not a Woman’s Rights Convention” (Minute 91) in principal though not in fact of female inferiority. Such objections by Black male leadership were common, according to Martha S. Jones, as Black public culture became more divisive and dismal of women’s rights in light of the forward push for freedom, justice and equality (103-104).