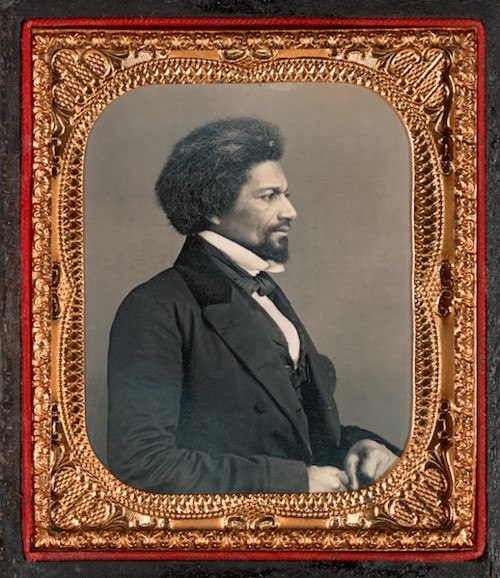 “Let each man do his duty. Let him continue to agitate in the circle in which he moves. Let him not lose sight of his individual responsibility, for this gives tone and vigor to associated action…Use the proper means, fight with the right weapons, let there be no cessation of the warfare, no diversion from the real cause of the battle…”

By the mid-nineteenth century, Frederick Douglass had become an American icon, a freedom fighter for the abolition of slavery and racial equality. He had also become a key ally for women’s rights despite the seemingly political division of his advocacy. He kept an exhaustive itinerary on the anti-slavery lecture circuit, nationwide, while remaining also engaged in the activities of Colored Conventions held in New York and throughout the northeast. Continually the agitator and the author, Douglass published his second autobiography, My Bondage, My Freedom in 1855, a more polished, political tome than his 1845 narrative. The latter serves as a powerful “weapon” for causing the defeat of the slaveholding powers in the U.S. Thus, the exhibit concludes by examining how Frederick Douglass led the Colored Men’s State Convention of New York held in Troy on September 4, 1855.